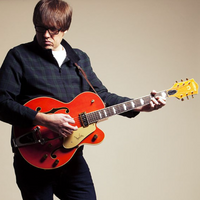 We've had to wait a long time for this show - and many thanks for your patience - but fingers crossed it will be fourth time lucky and Robert will once again grace the Great Easton stage in October. Since the original show was announced, Robert's new album has not only been released but actually won UK Album Of The Year at January's Americana Music Association UK Awards. In addition, Robert himself was named as UK Artist Of The Year at the same awards. We won't get to see the full band unfortunately - it will instead be a trio - but we're still in for a great night, as anyone who has seen any of Robert's online gigs during lockdown will attest. Please note that the gig is sold-out, but if anyone is looking for tickets then contact Mark at Great Easton shop on 01536 770309 and we'll add you to the waiting list for returns.